I learned an important lesson from my sister

Why Billie Eilish is a great inspiration to everyone 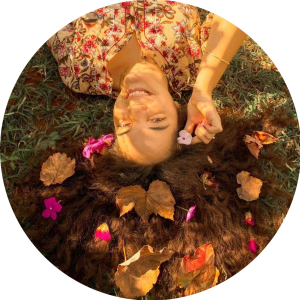 Let’s talk a little about faith.
Today is a Seventeenth of Tammuz‘s fasting day.
(according to the Hebrew calendar. Tammuz is a month, corresponds to July).
And when it comes every year anew I think of the same things.

First of all, it’s the longest day of the year, from now on the days are getting shorter.
Now also begins the “wave” of fasting days, not a wave, just in the middle of the year there is  Tenth of Tevet  (Tevet is Month also) and Fast of Esther.
And then, towards the end of the year, there is Seventeenth of Tammuz,  Tisha B’Av (Av is Month too), and Yom Kippur (That’s about the biggest traditional fast. Not even religious people fast it).
boom.
A year is over – a new one begins.
Another year goes by and where am I?
This is a big question that usually brings with it introspection.

Another thing is the question of whether to fast.
We are fasting because of something that happened thousands of years ago, so on the one hand there is less of the connection feelings.
But on the other hand, that’s tradition. This is religion. And this is who am I as a Jewish person.
So, as a religious person, I decided to fast, knowing that it was part of the package of being religious.
There are fun and beautiful things about religion, and there are less comfortable things to do, and yet we do.
It’s come out that I’ve been asked about religion, how much religious I am, less or more? How do I define myself?
So now I am in a calm place.
These religion-questions with myself do not bother me, and the truth is that they never bothered me too much.
When I was in India, I was 22, there was one time that I tackled the question.
We were in a small village called Polega, just a few Israeli, one Australian, two girls I forgot from where, and I am and the only one who kept the Sabbath.
I remember going aside to pray, it was a bit dark and I was alone.
I prayed and cried. It was hard.
After that, I no longer dealt with the question of religion.
I did not devote thought or place to crying, for I knew it depended on a few other things besides the difficulty of being the only religion in this secluded place.

I would always refer to religion and belief as something convenient.
I was asked why I believe, and I would say it’s convenient to have something you can count on, lean on, turn to in times of crisis, get angry, forgive …
The soul needs it.
As a closed person, faith helped me to face reality.
I had someone to turn to without being judged.
I knew ‘he’ being always there, listening, containing, answering in his ways.
And then I could breathe again, and it was fun and comfortable. And that’s it, no big deal.
In time, I began to ask a little about the days of fasting. I do not feel so connected, to cry over Jerusalem and fasting. Or on Purim, there is Esther who set a day of fasting thousands of years ago. This is so old.
I do not feel it, what to do?
Then I turned to the intellect to explain some sensible things.
Religion is like a certain framework, there are rules, just like in school.
Some things are allowed, some things are not allowed.
And there is also a place for freedom, within the framework.
I further explained to my common sense that if I don’t fast, then I will slowly begin to lose the value of other Jewish events.
This opens the door to other things that the Jewish religion will not get along within 2020, there is Holocaust Remembrance Day, Jerusalem Day, Independence Day, Yom Kippur… These are also things that happened a long time ago, not that old, but still my history. If I stop with that, what’s left?
All these days of fasting, days of remembrance, holidays, this is a part of being someone with a past, history, tradition.
All these ‘events’ are part of being someone.
A Jew, in my case.
So I did fasting.